How one of Louisiana's smallest economic programs generates sizable growth 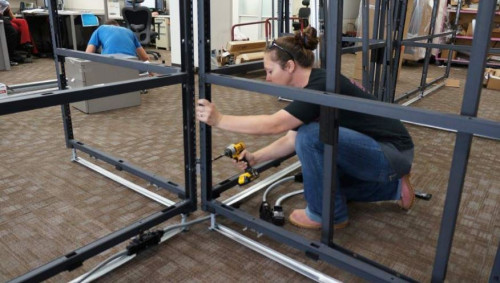 Ronald Reagan once said the most terrifying words in the English language are, “I’m from the government, and I’m here to help.”

The attitude was typical of early participants in the Louisiana economic development department’s Economic Gardening Initiative. The 5-year-old program offers free customized research to companies with the potential for high growth. The firms that participated in the program during its first three years have since added the equivalent of 558 full-time jobs and increased revenue by $170 million — the 2015-2017 numbers will not be available until next year.

Before all that success, most participants were a little leery of using consultants. Courtney Davis-Hebert, chief executive of Bart’s Office Inc., a New Orleans moving firm, said she had thought about using consultants but gone nowhere with the idea.

“The question was more where do you begin? I didn’t know who to really reach out to get that information,” she said.

Economic Gardening provided the answer. The program also helped Bart’s figure out how to expand.

The company had been in business for 32 years and wanted to add asset management of warehouses and surplus office furniture. But Bart’s wasn’t sure of the demand for that service or who its customers would be.

Davis-Hebert told the Economic Gardening consultants that she usually pitched her business to project managers for construction and architecture firms, as well as office and facilities managers. The consultants came back with “a huge file” listing the names, telephone numbers, emails and addresses for people with those titles in a 60-mile radius.

“It was truly amazing, and information that I wouldn’t have known who to turn to to get,” she said.

Economic Gardening might not exist if Martin Marietta hadn’t cut 7,500 of its 15,000-person workforce in Littleton, Colorado, in 1987. Chris Gibbons, then director of business and industry affairs, decided to try something different. Rather than trying to recruit firms, he began working with local companies. In 20 years, Littleton doubled its jobs and tripled sales tax revenue.

Gibbons created the National Center for Economic Gardening to share his ideas. The center partnered with the Edward Lowe Foundation in 2011. About half the states now have economic gardening programs.

However, it’s difficult to argue with results like Florida’s, where participants generated 3,745 new jobs between the 2012 and 2013 fiscal years and increased state and local tax revenue by nearly $20 million more than the program’s cost.

The state pays the Edward Lowe Foundation about $4,000 per consult. The Economic Gardening participants don’t pay anything for services that can run upward of $10,000 in the private market.

“Companies don’t have those resources. They’re trying to grow, trying to expand,” Matthews said. “They just don’t have dollars for that.”

But their competitors, often large out-of-state firms, do.

LED vets applicants and helps them make sure they focus on two or three issues because the consultants’ hours are limited, Matthews said.

Matthews and his two-person staff get companies to take a step back and look at the issues they must address to get to the next level.

“So many of these folks are so geared into their day-to-day activities,” Witty said. “On a standard day, they don’t have the time to figure out what their next steps are.”

Participating companies also can get a second or third consult in some cases.

Bart’s used the second consult to get help with its website.

For some unknown reason, the company’s name didn’t pop up on the first page of a Google search for “office moving services” in New Orleans or Metairie, Davis-Hebert said. Since nobody’s really going to the second page of the search results, Bart’s was basically invisible online.

Davis-Hebert had hired a relative to create the website to save money. The consultants figured out that the problem was the platform, which Google read as a virus.

The consultants showed her relative a different format and how to use it. Her relative redesigned the site, and now it shows up on the first page of the search.

the marine transportation and construction company got social media training.

The company didn’t have a marketing division or someone who could keep up its social media presence, she said. Couvillion now uses LinkedIn to connect with clients and peers.

The company also used the program’s market research in its strategic growth plan, and search engine optimization to increase its visibility.

Quality First Marine’s revenue increased by 157 percent after participating in Economic Gardening. Couvillion said it’s difficult to say how much of that is attributable to the program, but the tools and information provided contributed to that growth.

That information isn’t easily accessible for small businesses like Quality First, but the market trends data can help with making business decisions.

“It’s kind of like having your own in-house research team,” Couvillion said.

Matthews said at one point, LED hoped to bring the entire program — consultants, databases and all — in-house, but the cost for the databases alone was prohibitive so LED abandoned that idea.

The department spends about $400,000 a year on the program. Economic Gardening will work with 60 companies this year. Matthews hopes to eventually work with 100 each year.

Ultimately he would like to see a group within LED that focuses on high-growth companies, especially those looking to expand beyond the state.

“If we could get these small companies to compete and do business globally and bring back value to Louisiana, then I think we would see significant improvement in our economy and the environment in general,” Matthews said.